The Importance of Microchipping Your Pet Pet microchipping isn’t a mandatory requirement, but it is something that is recommended by the vast majority of veterinarians in the United States. Nevertheless, many owners don’t understand how it works and why it is so important. Here is what you need to know about pet microchipping and why it should be a priority for any responsible owner.

What is Pet Microchipping?

Pet microchipping is a fast, simple and painless procedure that involves a tiny microchip, no larger than the size of a grain of tice, being placed into the soft tissue at the back of the neck in a process similar to the administration of a vaccination. This microchip contains a unique reference number that is linked to an entry on the database created and managed by your microchip provider. Passing an RFID scanner over the area where the microchip has activated the chip, causing it to transmit the unique reference number to the scanner along with information as to which microchip provider the chip is registered to. The microchip provider can be contacted and made aware that your pet has been recovered, and this information can then be passed to you so that you can make arrangements to pick her up.

Many people worry about the safety of their personal information. However, microchip providers make tremendous investments in cybersecurity to ensure that your data is kept as safe as possible.

The single most important reason to microchip your pet is that the presence of a microchip significantly increases the likelihood that you will be successfully reunited with your pet. One study of more than 7000 stray animals found that dogs without microchips were returned to their owner around 21% of the time, while microchipped canines had a return to owner rate of more than 50%. The story was similar with cats, with microchipped felines being returned to their owner 38% of the time, compared to non-chipped cats who were less than 2% likely to be successfully reunited with their owner.

What are the Benefits of Microchipping My Pet?

Many people mistakenly believe that microchipping is a ‘fad’ and an unnecessary procedure. However, as we have established, pets that are microchipped are more likely to be reunited with their owners. This is because:

Animals are just as likely to be stolen as they are to become lost. Since our pets cannot speak to identify their true owner, many people who are on the lookout to steal a pet will simply remove any collar and identification tag that the animal might be wearing and replace it with one of their own. This makes it very difficult to prove whether you are the rightful owner of your furbaby. However, microchips are implanted in your pet’s skin and are totally tamper-proof, meaning that you never need to worry about proving that your furry friend belongs to you.

Another common problem with collars and tags is that they can easily fall off or be slipped. If this happens and your pet isn’t microchipped, she will have absolutely no identification on her at all. This means that virtually anyone could claim her as their own, and you have no chance of being contacted when she is found unless she is discovered by someone who knows that she belongs to you.

If you would like more information on pet microchipping, or if you would like to schedule an appointment to discuss this important service for your pet, please don’t hesitate to get in touch with our experienced vets at Flamingo Pet Clinic in Las Vegas, NV today (702) 734-9761. 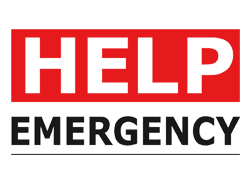